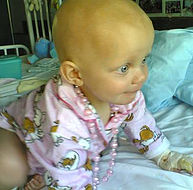 The massive fundraising project all started with a 20-month-old little girl named Jessica Madison Bain. In April 2007, Jessica was diagnosed with Neuroblastoma Stage 4 at the tender age of 10 months. Her diagnosis came as a shock to her parents and family. The months that followed consisted of weeks at a time in hospital and 6 rounds of intensive chemotherapy. By October 2007, Jessica was in remission and it was decided that a Stem Cell Transplant would be her best chance at long term survival.

The Stem Cell Transplant went well, in fact she took her first step the day after the transplant, she showed us all her tremendous courage and determination. Unfortunately in January 2008 the cancer was back and this time there could be no more treatment as her little body would not tolerate it. Although her family were determined not to give up hope just yet, by early February 2008 it became apparent that it was now a matter of time. During this time, Lynda Schutte, the CHOC Bereavement Counsellor became an absolute rock for the family. Lynda who has worked with families in this position for over 20 years guided the family through a very dark time. On 27 February 2008, Jessica passed away peacefully at home with her parents. Her spirit and life has inspired the creation of The Cows and her memory lives on through all The Cow projects underway.

CHOC played a significant role in the Bain family’s life in the last few weeks of life, specifically with palliative care and emotional support. In 2008, Kerrin and Grant, Jessica’s parents, decided to cycle the 947 Challenge in memory of Jess and to raise money for CHOC. Kerrin’s colleague and friend, Cordi van Niekerk, heard about her fundraising project and he and a group of friends got together and decided to raise money by cycling the race in cow suits. 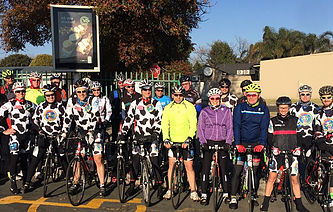 keen to make a difference and raise money for a much needed cause.  What started in 2008 as a challenge to raise R60,000 resulted in the group raising more than R230,000 that same year for CHOC. The energy of the herd was infectious and the fundraising challenge, which took a mere two weeks, went on an upward trajectory. Onward and upward!

And the rest they say … is history!