Close to 150 swimmers at the aQuellé Midmar Mile this weekend will be swimming in the colours of The Cows as the distinctive fun-loving swimmers set about raising money for the CHOC Childhood Cancer Association of South Africa, with a particularly strong representation of schoolchildren. 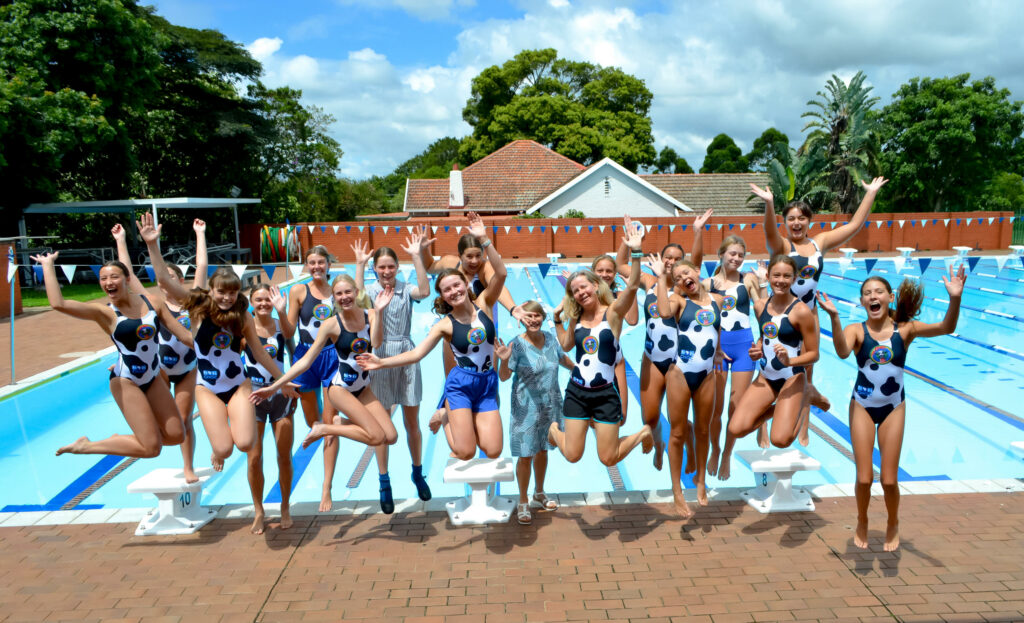 The Cows have the privilege of starting in their own batch at 8:30 on Saturday morning, including 26 swimmers from St Mary’s DSG in Kloof and 32 swimmers from Hatfield Christian School in Gauteng, with swimmers from St Henry’s Marist Brothers and Chelsea Prep making up The Cows contingent of junior swimmers.

“The enthusiasm from the high school kids for this year’s aQuellé Midmar Mile has been infectious,” said local co-ordinator of The Cows Durbs Daisy.

“Hatfield School has been a regular supporter of the Midmar Herd, but the growth of interest from Saints has been really exciting. They were all delivered their swimming costumes this week and cannot wait for Saturday to arrive,” she said.

The Cows target most of the country’s major mass participation sporting events as opportunities to raise money for CHOC, and have raised well over R30 million for the childhood cancer charity since its foundation in 2008.