As long-standing supporters of the aQuellé Tour Durban, the fun-loving cyclists from The Cows have plans to stage a multi-pronged stampede at this year’s event on Sunday 28 November as they pay tribute to some of their most vibrant personalities and continue their self- assumed role of serving as sweepers to help the struggling back-markers get to the finish.

The Cows take part in many mass participation sporting events to raise money for the CHOC Childhood Cancer Association of South Africa, and their keen members enjoy riding as the Apocalypse Cows (or ACs for short) as part of their awareness and fundraising drives.

This year’s AC cycling kit will be particularly special as it will carry the names of Gray Braatvedt and Max du Plooy, both of whom passed away in the last year. 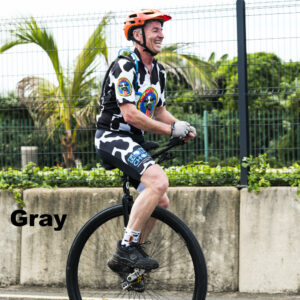 Braatvedt was a loyal aQuellé Tour Durban rider and turned many heads when he rode the road race on a unicycle. Appropriately, the Apocalypse Cows team will be dubbed ‘Team Gray’. 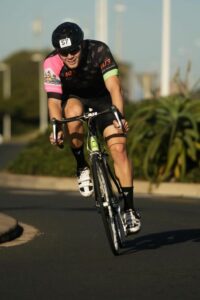 y lived by a mantra of ‘Live life to the Max’, a slogan that has been adopted by The Cows for the aQuellé Tour Durban and proudly carried on their AC cycling kit.

“Gray and Max were admired and respected by all and will always remain a part of our special Herd,” said Durbs Daisy, the regional organiser of The Cows in KwaZulu-Natal.

Maritzburg-based stalwart of The Cows Dan Wersig, who lost his wife Jodi to breast cancer in 2018, will be using the aQuellé Tour Durban to raise funds for CHOC by riding the race on a tandem with his eight-year-old son Grayson.

Having watched his father channel his energy into The Cows fundraising activities, Grayson has long aspired to get involved and help raise money to help children battling cancer, and the aQuellé Tour Durban will be a massive moment for the young man as he sets off on the 45km ride on a Cow-coloured tandem with his father, decked out in the kit that will make him the youngest ever member of the Apocalypse Cows.

“He was fully aware of what was happening to his mom and feels the pain and loss of this every day,” explained Wersig. “However from the get go he has always loved The Cows and always wanted to get involved.

“Two years ago, at the age of six he completed his first Midmar mile in his cow costume and has not stopped asking when he can do it again. 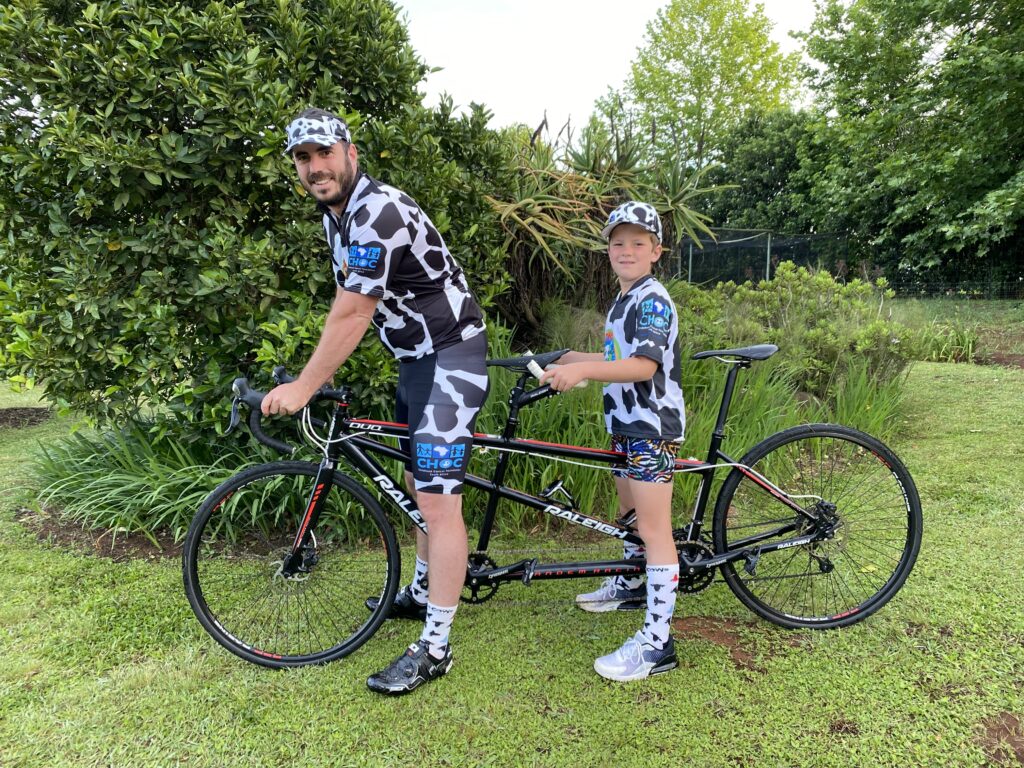 “Now he will get to ride in his very special cow kit in memory of his mom, all while helping raise awareness and funding for the children who are battling every day,” said Wersig.

For the dozen or so serious cyclists in The Cows ranks, they will start the 135km ride and cycle the first two laps of the M4 fast, before taking a short breather at Moses Mabhida stadium and then setting off behind the last of the social riders on the 45km ride.

“It is something that we have always done as The Cows,” explained Durbs Daisy. “We ride hard and then we spend the rest of the day helping those that are struggling, pushing them up the hills and generally encouraging them.

“Cyclists have something of a label of being selfish, so this is one way to show that what we do is all about helping others,” she explained.