Durban – With the ongoing lockdown shutting down sporting events and in the process hamstringing the ability of the The Cows to use sport events to raise funds for the CHOC Childhood Cancer Association, Upper Highway businessman and keen cyclist Richard Critchlow has brewed an innovative scheme to help out.

Critchlow’s coffee shop at the Winston Park service station Fresh Stop is a regular stop for cyclists training in the Upper Highway area, and he decided to donate a Rand per cup of coffee sold to the CHOC coffers, under pressure due to The Cows activities being curtailed.

“The Cows have lost a number of avenues to generate income for CHOC, so when one of their projects fell away I thought I would come in and use my coffee sales as a way to give back,” explained Critchlow. 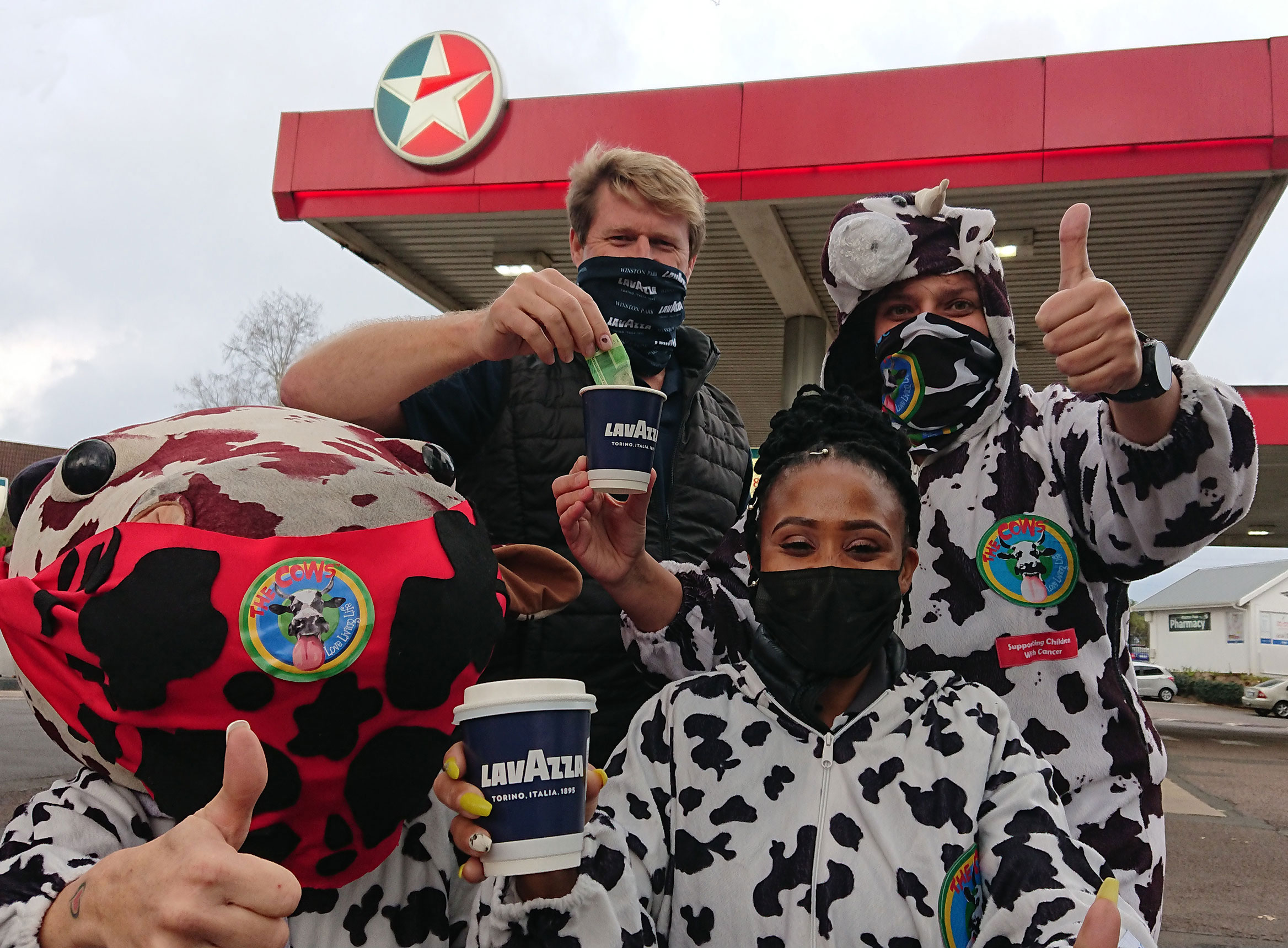 Winston Park service station owner Richard Critchlow (back left) is making a donation for every cup of coffee bought at his Fresh Stop. Backing the fundraiser are Durbs Daisy (left), Minenhle Cebekhulu (right) and Lynne Macrae (back right).

“It has worked well! This is a regular stop for runners and cyclists and when they heard that we were trying to make a difference with the coffee sales, it has had the desired effect.

“There is a wide understanding of what The Cows do so when word got out that people could assist The Cows by just buying a coffee, business at our coffee stand has started to pick up!”

Critchlow explained that a three month window had been set for the promotion to help plug the gap left by the cancellation of many mass participation sporting events.

“At the end of the three months we will be in a position to do a big handover, and I would like to combine that with a big ride with The Cows,” he said.

“This has been such a positive project that I will look at keeping it going,” he added.

“That is The Cows effect,” said local co-ordinator Durbs Daisy.

“When the group of sportspeople passionate about using their energy to help fund the work that CHOC does saw their traditional fundraising opportunities drying up, there is always someone like this who can come up with a new and out-the-box way to raise funds.

“It is a fantastic example of a local business stepping in to make a difference at a time when there is so much pressure on individuals and businesses.

“It is a win-win-win situation,” Daisy explained. “CHOC gets the income they so desperately need, the local business gets new feet coming in the door, and we as cyclists get our fix of great coffee!” she added.