Klerksdorp schoolboy steals the limelight with The Cows at 947

Gutsy seventeen year old cancer survivor Gerrit Maritz was the star of the show in the black-and-white colours of The Cows as he rode a double loop of 190 kilometres with the Apocalypse Cows at the Discovery 947 Ride Joburg in aid of the CHOC Childhood Cancer Foundation of South Africa.

The polite pupil from Hoerskool Westvalia said he wanted to ride the tough, long outing because he wanted to inspire and motivate other young children who were battling cancer. 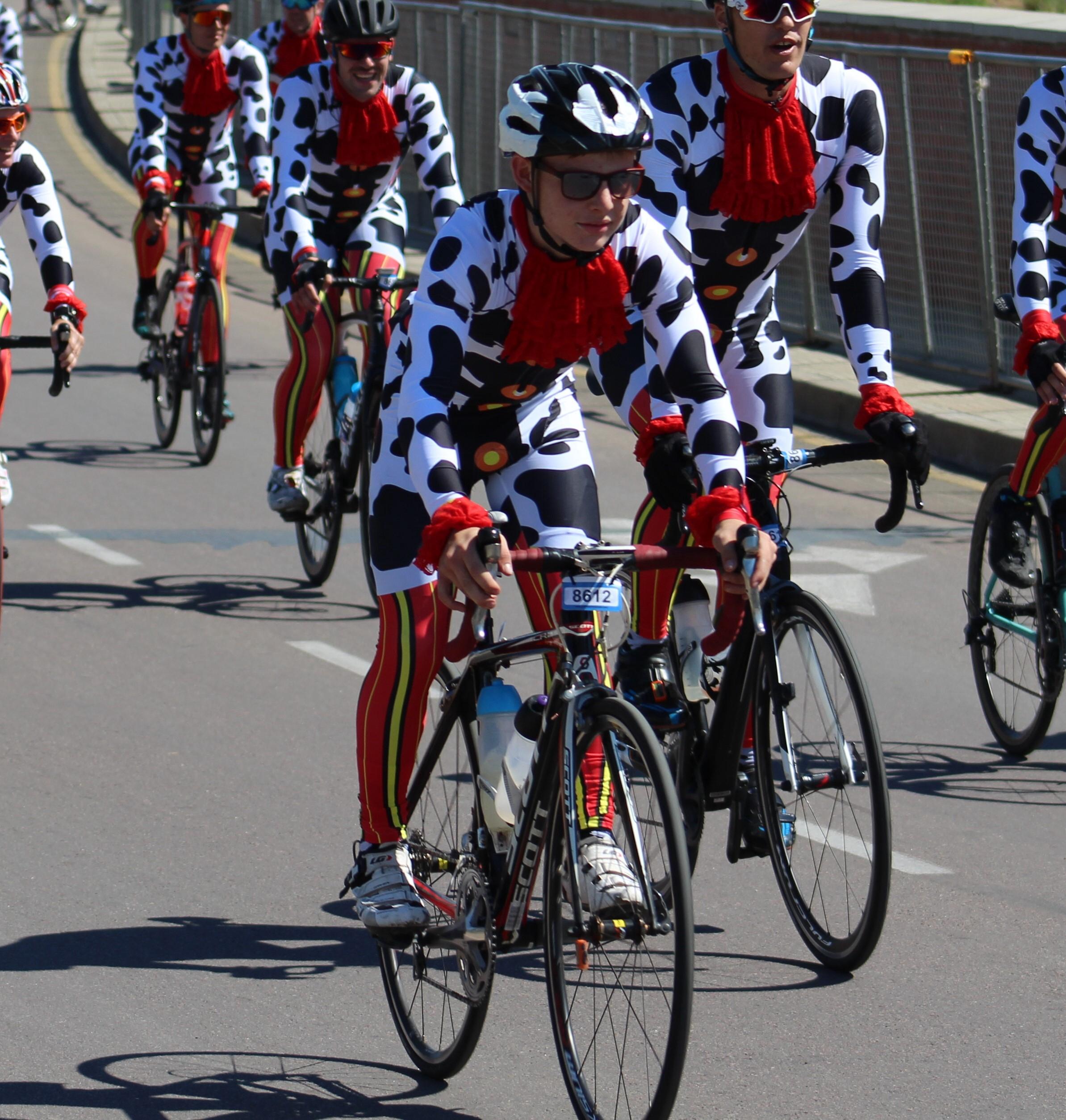 He was diagnosed with cancer at two and a half years of age and managed to beat the disease. He is now celebrating fifteen years of remission.

“I want to give hope to others,” he explained. “I want to show what survivors can do after going through such a hard time.”

Maritz and his family both experienced the support that the CHOC Childhood Cancer Foundation offers young children battling cancer when he was hospitalised in Bloemfontein.

His family was housed in the local CHOC House so they were able to be together while he underwent the arduous cancer treatment.

Maritz is now an avid sportsman and captains the Westvalia cycling team, and proved on the weekend that, despite the demands of the almost two hundred kilometre ride, he had the stamina and selflessness to help others around him throughout the race.

“He was absolute power,” said fellow Apocalypse Cow Matthew Naus, who first met the young man when his parents saw a sign up outside his Klerksdorp coffee shop promoting The Cows.

“I realised he was a strong rider, but this was easily the furtherest he has ever ridden,” explained Naus.

“He is so committed to supporting CHOC after his family’s experience, that we fitted him quietly into the Apocalypse Cows for the double-loop, without explaining his full story to the other AC riders.

“He was incredible on the ride. He took his turn pushing at the front, and when he did drop back, he was looking to help anyone else,” said Naus.

“There was the youngest, and easily the smallest guy doing the double-loop, pushing a big guy we call ‘The Beast’ up the hills.

“Near the end of the second loop, when we stopped, I filled in his full story to the rest of the AC group, and it made a massive impression.

“He is a special miracle,” he added. “The bug seems to have bitten, and he says he will definitely be back to ride it again.”

“For me, it feels like he has completed a full circle. I started riding with The Cows six years ago and have ridden with the AC group for five year, but is hard to make a true connection with the CHOC cause we support.

“Then someone like Gerrit comes along, with his experience with the CHOC House, and it becomes a real eye-opener,” he said.