The total raised by the avid cycling Cows at their annual three-day GABRAN ride from the Drakensberg to Hillcrest has ballooned to almost R700 000 in six years.

The Cows stampeded the thirty-year old Westville Cycling Club-organised GABRAN (which stands for the Great Annual Bike Ride Across Natal) in 2014, bringing their enthusiasm for fundraising for the CHOC Childhood Cancer Foundation to the social ride.

In that time they have raised R688 725 through fundraising, entries and raffles, while enjoying the ride from Drakensville to Wagendrift dam then to Midmar dam and finally finishing in Hillcrest, stopping at popular pubs and restaurants along the way.

“Iris Varty topped the raffle ticket sales once again, and special mention needs to go to Bianca Teasdale from Ladysmith who joined the Herd this year and raised over R11 000 through her local fundraising,” she added.

Former Sharks rugby player Andy Blakeway was part of the event, and succeeded in getting strong corporate buy-in to the raffles.

“It was an unbelievably well organised event for a very good cause,” said Blakeway. 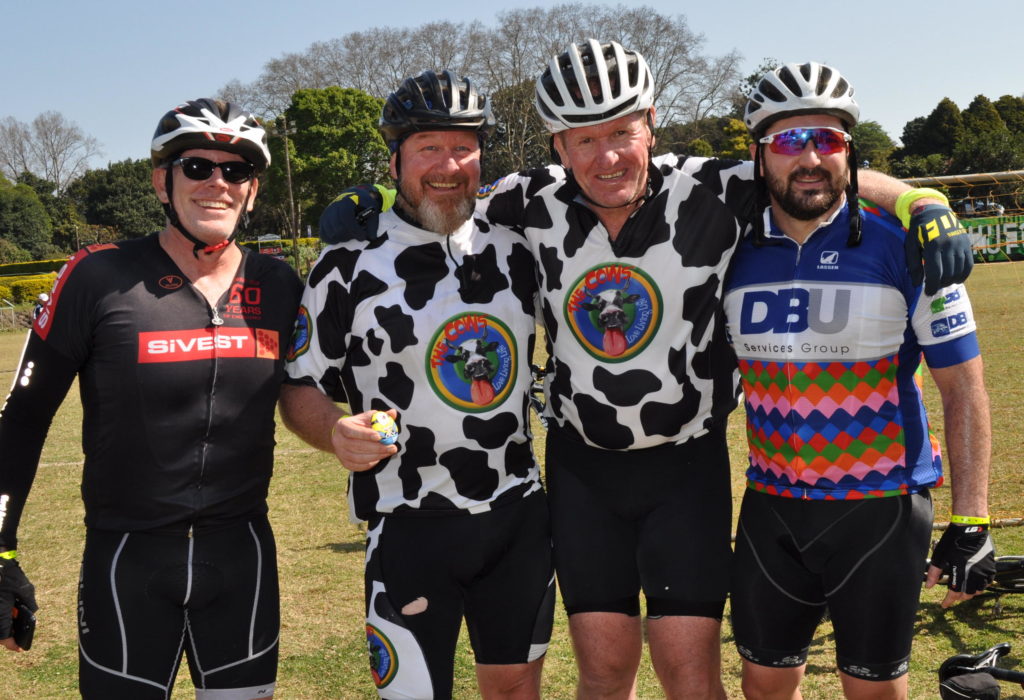 “I have huge respect for CHOC and The Cows and the work they do. As a corporate I was glad to be able to sponsor the event financially and I would really encourage other corporates to do likewise,” he added.

“It was my first GABRAN and we did the hard way – camping throughout and riding mountain bikes!” he said.

Blakeway rode with Bert Trichard, who had shared a rugby career with Natal with him. “Bert was riding for his wife who is dealing with cancer as well, so it made the ride very personal.”

“The ride is very do-able. The organisers are there for you throughout, and if you are struggling there are trailers and transport on hand.

“The catering and socialising is also top notch. As a former rugby forward, this is maybe where I struggled a bit!” he added.

This year the race paid special tribute to stalwart Johnny Mauer who has ridden the GABRAN every single year, even on the rare occasions when it wasn’t formally run by the Westville Cycling Club.

“It is a totally non-timed, non-podium, non-competitive event,” Macrae stressed. “The company is awesome and the overnight entertainment is memorable.

“The weather played ball beautifully, as it can be cold at this time of year, and this just added to great vibe.

“As we say, this is not a race, it is an experience!” she added.