The Cows gear up for 30th GABRAN

A loyal core of cycling enthusiasts will leave the foothills of the Drakensberg next Friday 16th August for the annual GABRAN fun and fundraising ride across the province in support of the CHOC Childhood Cancer Foundation.

GABRAN is an acronym for the Great Annual Bike Ride Across Natal.

The three day ride spans 283 kilometers between Drakensville and Hillcrest and includes overnight stops at Wagendrift Dam and Midmar Dam, and is celebrating its thirtieth anniversary this year.

Organised by the Westville Cycling Club and The Cows, the passionate riders stress that this is not a race but an experience.

“It is do-able for any rider who spends some time on a bike,” stresses organiser Lynne McRae. “Everyone rides at their own pace and we keep together in groups of similar speed and fitness, and if it gets too much there is always a support vehicle ready to load up anyone who is struggling.”

While the ride is relaxed, the rewards at the end of each day tend to ease the daily recovery routine. 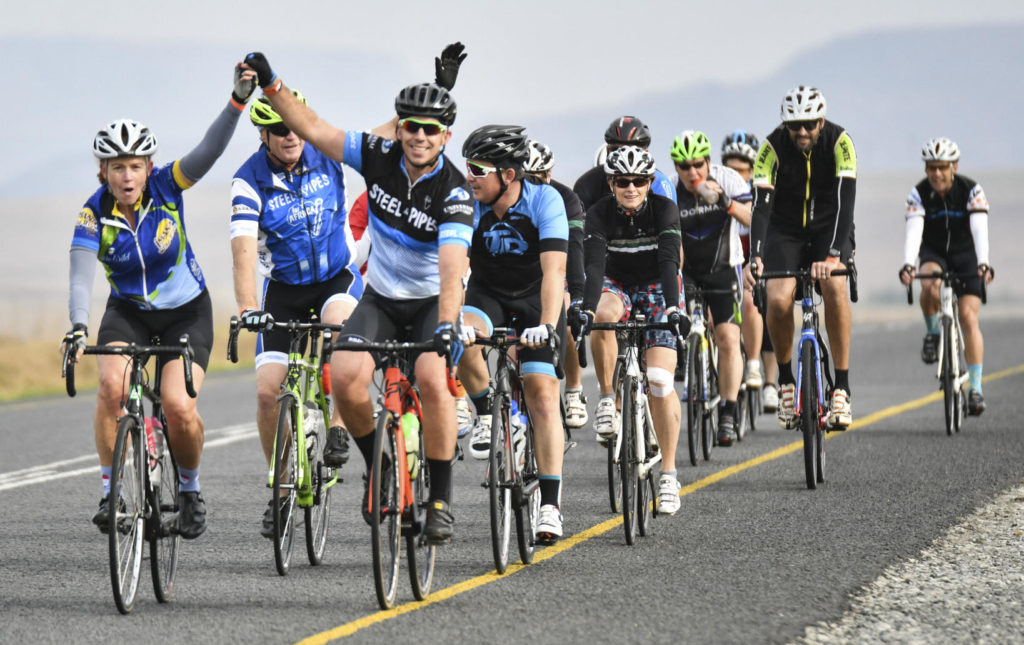 Fully catered, the overnight stops include plenty of live music and entertainment which builds camaraderie amongst the participants.

Few are more passionate about the ride than 58 year-old Ronny Mauer who has been part of every single edition of the race.

In the rare years that the race has not been formally staged, Mauer, supported by his loyal wife driving as a seconder, has done the ride on his own.

McRae says that there are no major changes to the route or plans, but said that the key stop for a drink before reaching the first night stop at Wagendrift dam has been changed.

“We can’t use the Escourt Bowling Club now so we plan to ride down the Escourt Golf Club this year,” she explained.

That stop in Escourt is a key part of the ride as are important stops such as the BierFassl in Nottingham Road on Day Two and the chocolate tasting stop just before Midmar Dam.

“By Day Three everyone has their heads down to get to the finish,” said McRae. “There is always a lamb-on-the-spit at the finish at Hillcrest which keeps everyone focussed on the job at hand.

Entries are still being taken at the website www.gabran.co.za.