Comrades commeMOOration for The Cows

The Cows raised R1 685 873,00 for the CHOC Childhood Cancer Foundation of South Africa at the recent Comrades Marathon, with stalwart Cow Axel Rittershaus finishing second on the overall list of top individual fundraisers.

It was the best fundraising effort ever by the black-and-white kitted Cows at the Comrades as they contributed the most of the six official race charities. 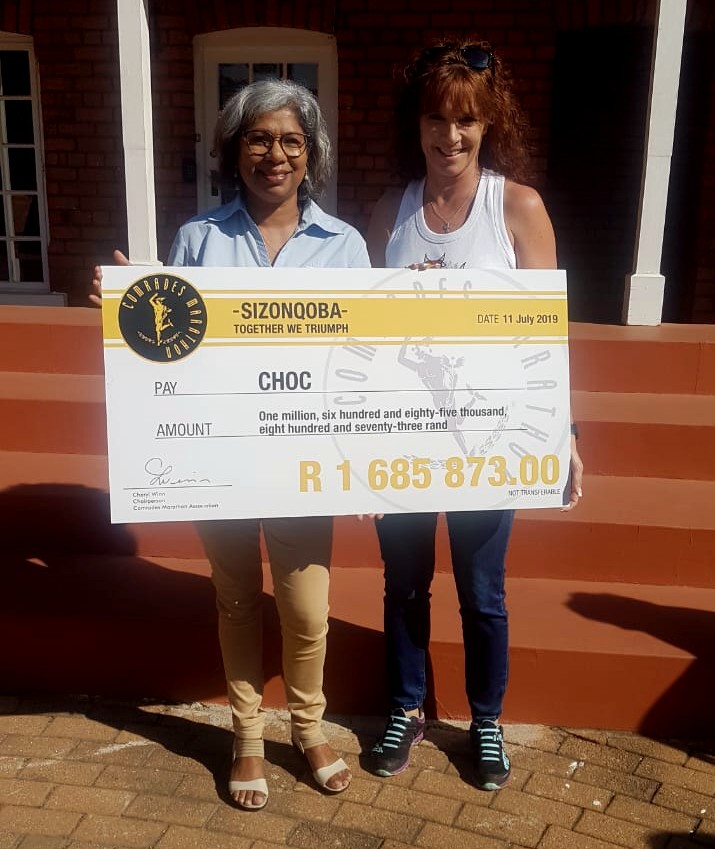 “It was our best Comrades ever!” enthused their national co-ordinator Jayde Fouché or ‘Daisy’ as she is known amongst The Cows.

“Not only did we top the charity fundraising total, but we had 156 runners running in the colours of The Cows.

“Our aim is two-fold. The first is the raise funds for CHOC and the second is raising awareness of childhood cancer and the challenges this disease poses in South Africa.

“On both counts we can look back on a very successful Comrades. The teams that ran our two watering tables did an amazing job, not just in terms of helping all the runners but their energy and noisy enthusiasm is what The Cows are all about,” she added.

This amount includes R321,900 in direct voluntary donations from runners with their entries. R3,65 million was raised through the Race4Charity initiative whereby runners commit themselves to raising funds for the charity of their choice. A further R117 000 was raised through Amabeadibeadi and other charitable product sales as well as R147 000 as a result of the individual charities own initiatives.

A total of R147 080 was raised for charity through ticket sales at the Comrades Expo and via the App for the annual Toyota Win-A-Car lucky draw which took place on Comrades race day.