A group of brave open-water swimmers plan to swim across Lake Malawi later in April to raise funds for the CHOC Childhood Cancer Foundation of South Africa. 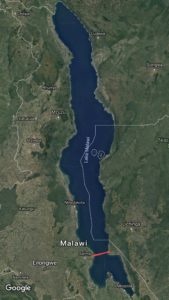 The group is made up of Ruth and Jay Azran, a South African couple living in Swaziland, Andrew Stevens, a South African living in Australia, and Chris and Polly Stapley, together with experienced Cape Town-based skipper Walter Muggleton who has been brought in to supervise the gruelling open-water crossing, plans to take on the swim from Makanjila Point to Senga Bay, in a window period sometime between 23 and 29 April.

“It is certainly a big challenge and anything can happen on the day,” said Azran. “We are in the hands of the weather to quite a large degree, but we are determined to be successful,” he added.

“Ruth, Andy and myself have decided to do the swim for the Childhood Cancer Foundation, which is Ruth’s choice and a truly magnificent initiative.

“All of us have been affected by cancer during our lives, be it personal, friends or family. If they can go through that, we can do our best to pound it out for 24km in these waters,” said Azran.

Stevens has previously swum the Rottnest Channel swim in Australia, an open water swim of close to twenty kilometres, whilst the longest training swims to date for Ruth and Jay Azran have been sixteen kilometres.

If you would like to make a financial pledge to those children in need, please visit
https://www.givengain.com/ap/solo-open-water-swim–across-lake-malawi-raising-funds-for-the-cows/
or use the following bank details:
Bank: Standard Bank
Branch 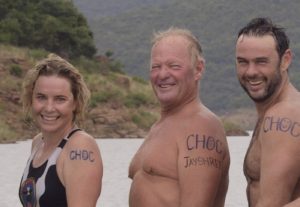