The Cows honour heroes of the Midmar Mile 2019

With the spray having settled on the 2019 aQuellé Midmar Mile, The Cows are paying tribute to some of their heroes that were amongst the 400 Milers that took part in the world’s biggest open water swim on 9 and 10 February.

Together they managed to raise over half a million Rand for the CHOC Childhood Cancer Foundation of SA, with late donations still being deposited into their account.

While every finisher in the black-and-white cowprint swimming costumes is being hailed for their contribution to CHOC and the event, there were several stand-out swimmers representing The Cows. 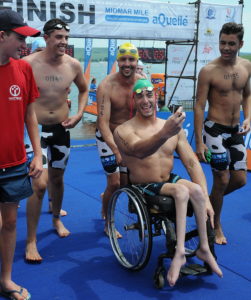 With hundreds of schoolboys and girls getting involved, Hendrick van der Merwe, who coaches swimming at the Hatfield Christian Academy in Pretoria, was one of the hero Cows.

He was born with Spina Bifida and has gone on to become a world-class paralympian, who is heading back to the World Championships for a sixth time.

Van Der Merwe had plans to swim the Mile eight times, but was too late to secure one of the elusive places in the Eight Miler. “That is definitely still on my bucket list!” he said.

He led a group of more than thirty swimmers from his school to take part in the Midmar Mile and throw their collective weight behind the CHOC fundraiser for The Cows.

“I was so proud of how the pupils took ownership of representing The Cows. They feel very strongly about it and some of them still choose to wear the Cow costumes to training,” he said.

He said that he hoped his example would inspire the pupils he coaches to achieve their goals as swimmers.

“It’s about taking extreme ownership,” says the 28 year old coach, popularily known as “Legs”. “If you do that you can achieve anything.” 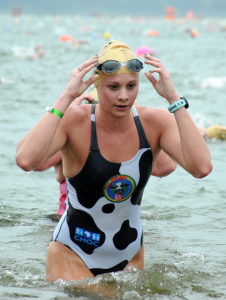 Jade Redman won the Pope-Ellis Ironman trophy for the best combined time for the FNB Dusi, Comrades Marathon and aQuellé Midmar Mile and also swam eight Miles on the weekend.

“It was my first Midmar Mile back after a long break!” she enthused.

“I was asked to help coach a fellow Cow Ntuli Melusi to do the Midmar Mile, and that rekindled my interest in it.

“Sadly he moved away due to work commitments but I kept up the training. It was a lot of fun for a very good cause,” said the 29 year old Kloof resident.

The oldest participant in the event was 86 year old Mike “Buthy” Arbuthnot, who has swum the Mile every year since he was part of the group that founded the event in 1974.

The Mile icon was happy to throw his weight behind the CHOC fundraiser and swim in the colours of The Cows. 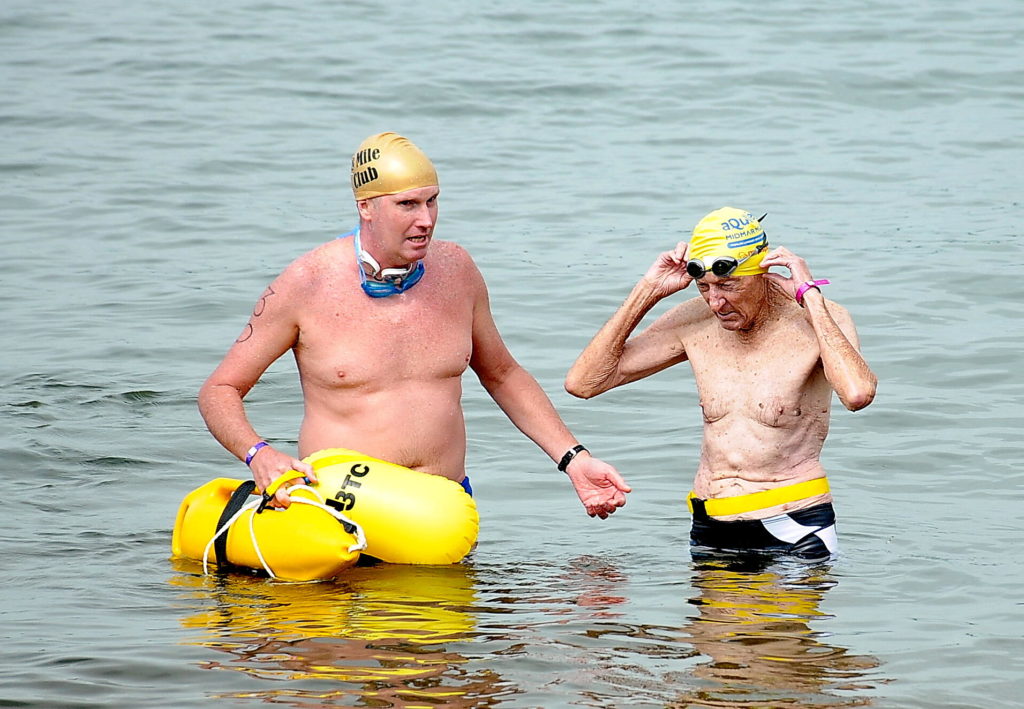