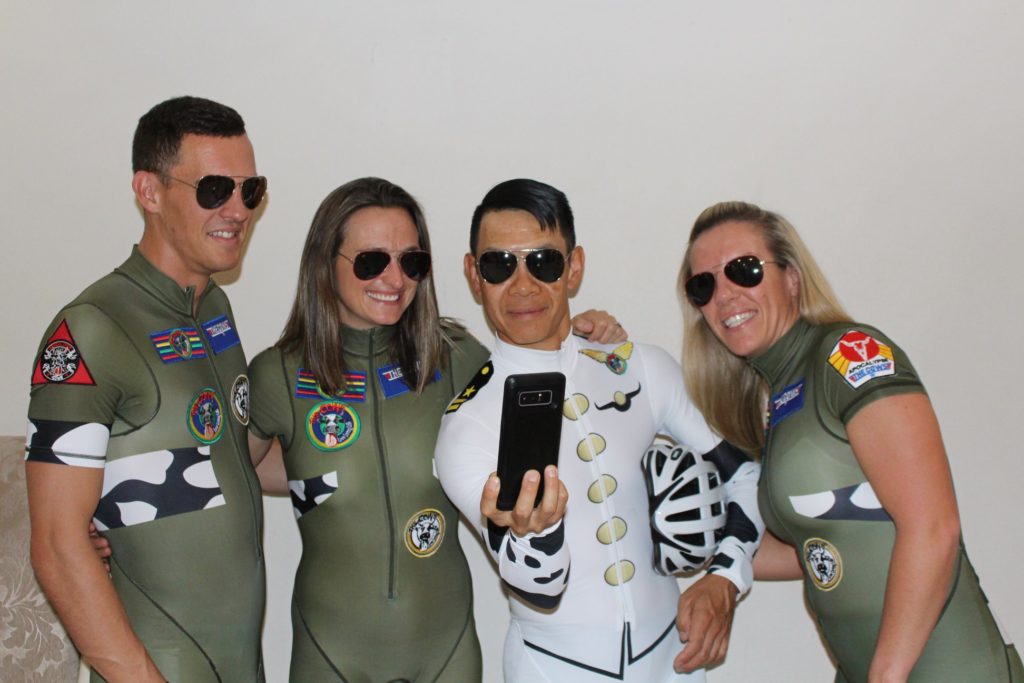 When tens of thousands of avid cyclists take to the streets of Johannesburg for the 2018 Telkom 947 Cycle Challenge this weekend they will be joined by hundreds of members of The Cows dressed to the nines in their distinctive Cow kit. The Cows aim to raise over R2 million for the CHOC Childhood Cancer Foundation.

The Cows were launched at the 947 Cycle Challenge ten years ago and to date the feisty, fun-loving athletes have raised over R36 million for CHOC through a wide variety of sporting events across the country.

Since the first eight Cows took on the 947 Cycle Challenge in 2008, dressed as Cows because they couldn’t get their first choice of matching chicken outfits, this event has spawned a new herd of cyclists who do the race twice on the same day to further The Cows cause.

Called the Apocalypse Cows, these cyclists race in cycling kit designed around a different annual theme. At this year’s event they will be riding in their ‘Top Gun’ themed cycling kit.

All in all, there will be sixty Apocalypse Cows taking on the 190 kilometres of the double-947, under the command of Group Captain De Wet Goosen and Wing Commander Nigel Laver.

On their second loop they are tasked to support the other 160 Cow cyclists, many novices, including five brave riders who will be pedalling ice creams bikes weighing about 60 kilograms.

Cycling in the Apocalypse Cows this year is a rider who lays claim to being the first female to compete the 947 on an ice cream bike.

The legendary Delyse van Breda is currently fighting cancer and partnering with her husband Warwick on a tandem to complete the race twice.

“Never one to take the easy way, Delyse is an inspiration to all especially those dealing with cancer. This will be the couple’s first ever race on a tandem bike,” said one of chief herders, Rob Riccardi.

“There is a great vibe at the Telkom 947. There’s nothing quite like it. Riding with The Cows is one of the best days of the year. The energy rubs off on everyone,” said Riccardi.

“The Apocalypse Cows hold themselves to a higher standard. They do the first loop in under three hours and the second loop to help the other Cows. The expression on the faces of The Cows when they see the Apocalypse Cows come round on their second loop to lend a hand is as good for our egos as it is for their chances of finishing the event,” he added.

“When it gets tough out there, you think about the CHOC kids fighting their battles with this horrible disease, and it helps you dig deep,” he added. 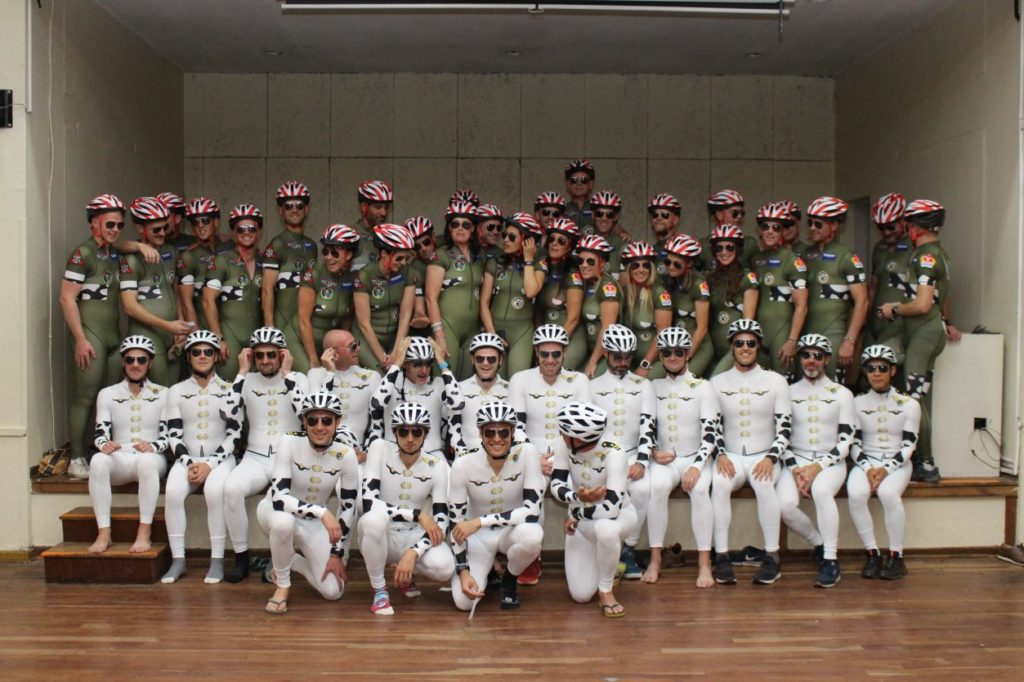