The 2018 Comrades Marathon was the first year that the CHOC Cows were one of the official race charities and the overwhelming support exceeded all expectations for the iconic charity as they raised R1.4 million for childhood cancer.

This year was the first of three years as a race charity and with 260 runners taking on the ultimate human race in the traditional black and white colours of The Cows, the amount of money that the runners raised was overwhelming.

“We were the top charity at this year’s Comrades and it is a badge that we are going to wear with pride,” a tremendously satisfied ‘Daisy Cow’ Karen Saunders, who heads up the Cow Herd from her office in Johannesburg, said. 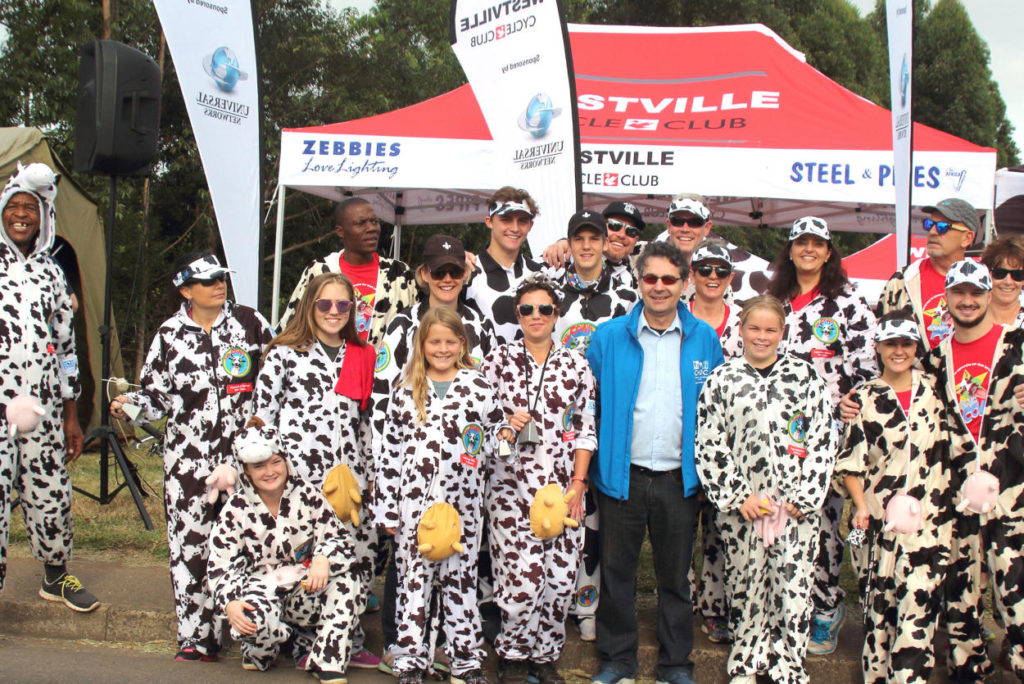 “We had no idea what an incredible impact this event would have for our charity, not only in terms of funds raised by our amazing Comrades Cows, but also the invaluable awareness created by the great number of runners in cow print as well as the support stations at Hillcrest and 45th Cutting.”

It was the prerogative of all the runners to raise as much money as possible in the build up to the race and for Capetonian Axel Rittershaus that came to a phenomenal R79 943,83.

“For raising the most money Axel was awarded a framed Cow for his incredible efforts when he collected his special Cows Race Pack at the registration.”

The national centre for the CHOC Cows in Johannesburg was complementary of the KZN branch for the work they did leading up to and during the gruelling 90km race.

“We could not have achieved any of this without our wonderful runners and their supportive families and friends, our amazing and super-enthusiastic volunteers who assisted at the Expo as well as on race day.

“And, of course, the team from CHOC KZN, who manned the Pietermaritzburg registration venue as well as the very successful activation station at 45th Cutting,” Saunders mentioned.

“To each and every one of our runners, their family members, CHOC and The Cows volunteers, and each and every supporter en route, we’d like to say, we appreciate you… especially your hearts.”