The Voice, The Sharks and The Cows all set for Sharks Trail Adventure

With another big field entered for the STIHL Sharks Trail Adventure on Sunday 3 December, families can look forward to a full day of mountain biking and trail running before relaxing and enjoying the holiday atmosphere at the Summerveld Estate with live music and members of the Cell C Sharks on hand to spend time with their fans.

With a special Sunday edition of the Shongweni Farmers Market under the plane trees providing an ideal opportunity to browse for food, drink and special Christmas gifts, the popular family fun day will feature live music on stage from Durban star of The Voice Freddy L.

“We are really looking forward to this gig ,” said Freddy L, who has a loyal following as the frontman of the popular group The Subway Run, and will be performing as a duo with his wife at the Shongweni event.

“People can look forward to a laid back, stripped down acoustic set, with touches of the music of the Lumineers, Kings of Leon and Majozi, reworked for a chilled Sunday afternoon,” he added.

Adding their own unique brand of fun to the event are the feisty men and women of The Cows, who will be manning seconding tables at the trail running and MTB races. 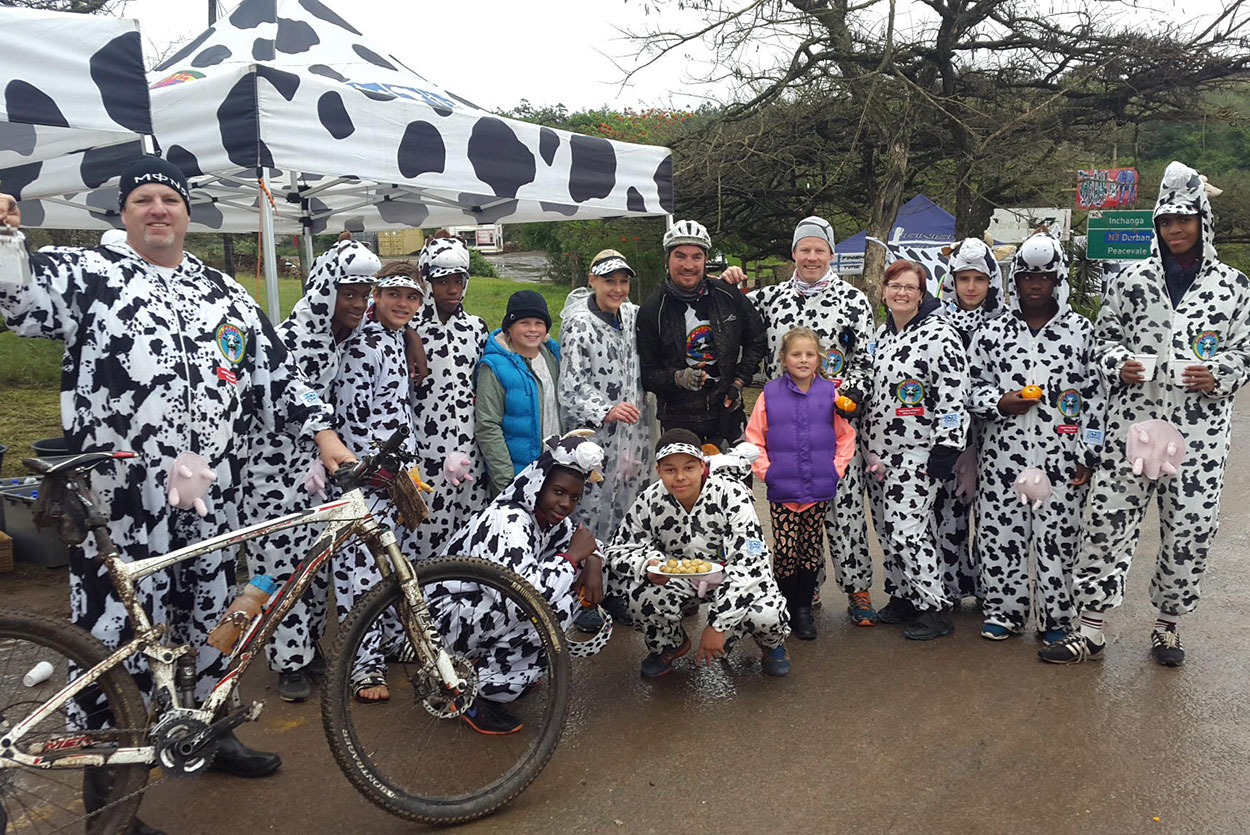 Well known for their furry Cow suits, which they wear while taking part in almost every major sporting event in the country, The Cows use their passion for endurance events to raise money for the CHOC Childhood Cancer Foundation.

The organisation was founded at the 947 Cycle Challenge ten years ago, and they have just passed the R30 million mark raised to support the CHOC initiatives, and they fund CHIOC Houses at many state hospital that allow parents to stay with their children while they are undergoing cancer treatment.

“We had the STIHL Sharks Trail on our radar as we are all crazy riders and runners,” said local organisers of The Cows in KZN Iris Varty.

“When the Impi team approached us to handle the seconding tables, we jumped at it. This was we are out on the trails having fun and at the same time adding to the fundraising for CHOC in our tenth anniversary year,” she added.

The Cows are aiming to raise R10 million to commemorate their tenth year of existence.

Late entries can be done on the day of the race, once the online entries close at midday on the Wednesday 29th November. A 15% family discount applies to four or more entries.

Entry for the various events is now open via the ROAG website www.roag.co.za

Entries can be submitted online via www.roag.co.za and more information can be found at www.sharkstrailadventure.co.za.