GABRAN 2017 sets a new record for The Cows

A group of around 120 cyclists braved the icy weather to take part in the annual GABRAN (Great Annual Bicycle Ride Across Natal), hosted by the Westville Cycle Club from the 18th to 20th August, helping to set a new record for money raised for the CHOC Childhood Cancer Foundation.

The passionate sportsmen and women of The Cows individually raised money through raffles and personal pledges, helping to collect R185 000 that will go towards The Cows national target of R10 million for 2017.

Just 24 hours after the cold front swept over KwaZulu-Natal, blanketing the mountains in snow, the group of cyclists took to the roads from ATKV in Drakensville for the three day ride to Hillcrest, with two overnight stops on route.

“It was by the far the coldest it has been over the last four years since the return of GABRAN,” said The Cows co-ordinator Lynne Mcrae. 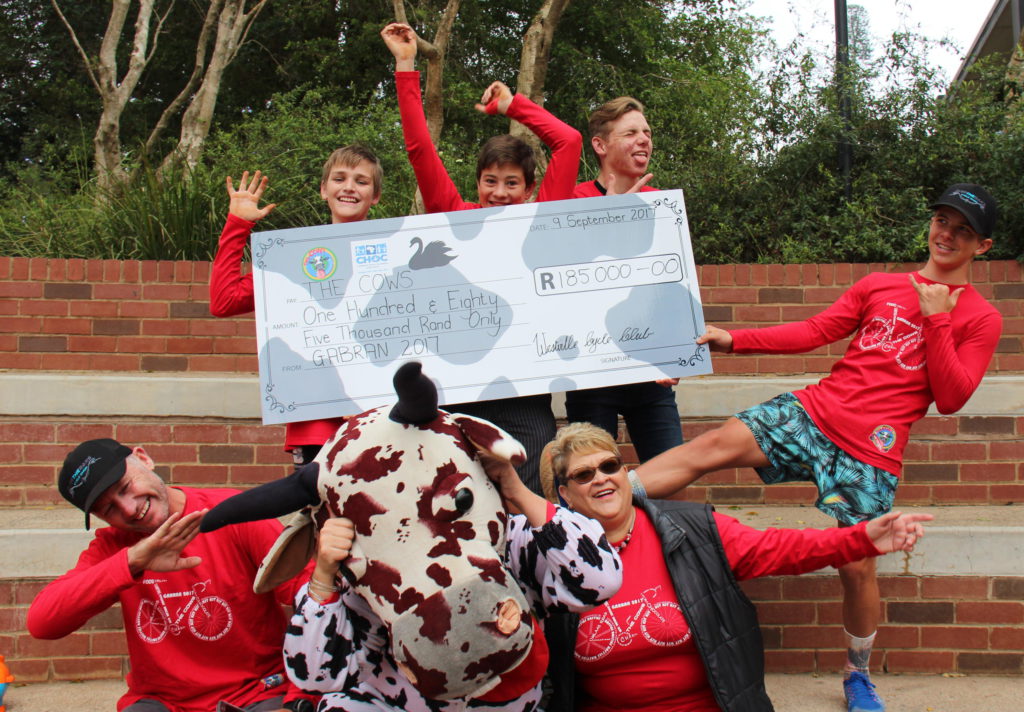 “But that didn’t dampen the spirits of the cyclists, as they were out there riding for the cause, to raise as much mooo-lah as possible for CHOC.

“This year, there were a number of youngsters who braved the meandering roads and a few steep hills to do their bit for a super hero they have never met,” said Mcrae.

“The cyclists and our GABRAN friends did not disappoint and helped us raise a staggering R185 000, better the R150 000 we raised last year.”

“We owe a huge debt of thanks to Westville Cycle Club Chairman and Chairlady, Kelvin and Corinne du Sart, who are always ready to support the cause, and indeed the sport of cycling that they are so passionate about,” she concluded.

More information can be found at www.gabran.co.za